Hallyu Magazine began to make its mark in the South Korean entertainment industry in 2011. After being scouted by them the same year, I have followed the emerging publication ever since. I may not be an official member of the team, but fans of K-entertainment are always connected.

BTSCelebs recently had the opportunity to interview the talented lady who created the K-Pop focused mag. I chatted with Nadezhda Hope about a variety of topics including Hallyu’s roots, her experience in the industry and if she has plans to debut herself.

BTSCelebs: Who is Nadezhda Hope?

I don’t believe there is one definite definition of who I am. I wear many hats and strive for happiness. In my greatest dreams, I wish to be able to give a little piece of hope to everyone.

Why did you start a magazine dedicated to K-Pop?

I have started HALLYU Magazine to provide a source for the English-speaking audience to be able to read, enjoy and learn more about Korean Entertainment and Culture. Of course, the idea itself was sparked from my friends, who at the time in high school didn’t have any way to learn more about Korean music, dramas and the artists they have wanted to share with me. I happened to know some good people in the industry and with their encouragement, a small background in magazine production, and lots of long nights, HALLYU was born.

How are you able to make such fabulous insider contacts in the South Korean entertainment industry?

I’m very honored and blessed to be able to meet so many wonderful people in Korean Entertainment. I believe every encounter is destiny.

What was it like working with BTSCelebs’ 2011 interview guest Son Pham (aka Ryuichi Pham)?

I honestly love, love, love Ryuichi. He’s been an amazing friend ever since. He is a great contributor to what HALLYU is today. You can find him on multiple covers of HALLYU and in the insider features as well.

Tell us about the craziest BTS moment you had interviewing a celebrity. 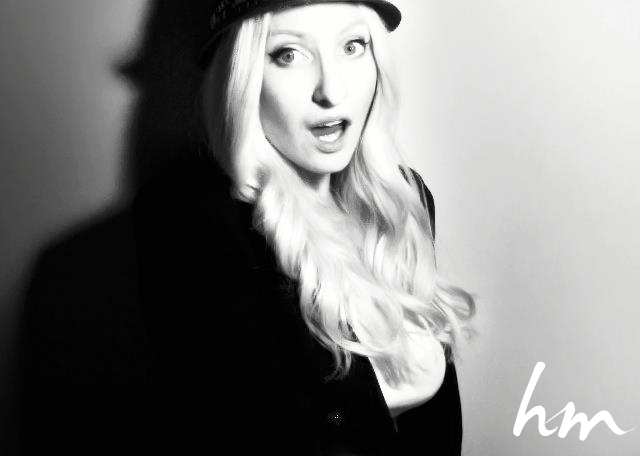 I’m not sure what you would define as ‘crazy’ and certainly nothing on camera is really that crazy. I do have several fun moments to share with everyone. Before the start of a concert, B.A.P Seoul Attack, I was asking B.A.P. members questions, however, they took notice that I had not mentioned my name and have asked for it. Reluctantly, I revealed my name to them, “Hope” with regret of knowing what the reaction would be. It was an uproar of laughter for what seemed liked forever to me. In Korean pronunciation, hope sound like hof- a beer drinking place. It garners laughter every single time I introduce myself.
Another fun episode is when I met SAY YES members for the first time. They arrived at rehearsal for HALLYU’s anniversary concert 30 seconds before myself. As I walked through the door all five members excitedly surrounded me and started to explain to me that they are so happy to meet me and that they are my fans. It was amazing being surrounded by five guys with purple, red, bleached and black hair. Unfortunately there was a problem, I had no idea who they were, so I asked them directly, “Who are you?” They answered, “Say Yes” I replied instantly, “Yes?” Just as instantly the members burst with laughter. I’m looking at them confused. Then they explain, “No, we are the Say Yes. Remember, we are friends on facebook. We are your fans” And then the embarrassment hit me, I do know them. Silly Hope.

I’m a big SHINee fan. Do you have any plans to feature hot SM Entertainment recording artists like SHINee in your magazine in the near future?

There are always big plans ahead. HALLYU will always bring the best service and most beautiful content to indulge in.

Foreigners are becoming stars in South Korea all the time. Will you make your debut too?

The answer to this question is top secret. It is very astonishing that foreigners are able to break into Korean Entertainment and make a positive impression in Korean media.

Thank you very much to BTSCelebs for the interview! I bow low in my gratitude to everyone who shows their love and support for HALLYU Magazine! It is the greatest feeling in the world when others love HALLYU! Have a happy HALLYU-day!