How can a simple bow play the violin? The bow itself is more complicated than you think!

In the eye-opening documentary The Bowmakers, viewers are introduced to a group of expert bowmakers in Port Townsend, Washington. Masters Charles Espey, Robert Morrow,  the late Paul Siefried, Ole Kanestrom and Cody Kowalski are some of the men responsible for classic bowmaking in the 21st Century, an art that hasn’t changed much since the 1850s. You’ll be absolutely blown away by the rich history of the bow that dates back to the 1500s and became an integral part of music over 200 years later. Brazil and France play essential roles through the rare wood materials and genius minds. The audience is given a front row seat of the international bowmakers .

While there is so much to learn, this documentary has plenty of beautiful music that will mentally transport viewers back to the theatre. The Brooklyn Rider, Dover Quartet and Miro Quartet are a few of the artistic teams featured. You also get  a glimpse of the future of classical music through children’s playing.

If you are a lover of all things artistic, you don’t want to miss The Bowmakers!

On Thanksgiving Day, the Illinois Philharmonic Orchestra presents The Bowmakers. Learn more about it by visiting their official website, Ipomusic.org 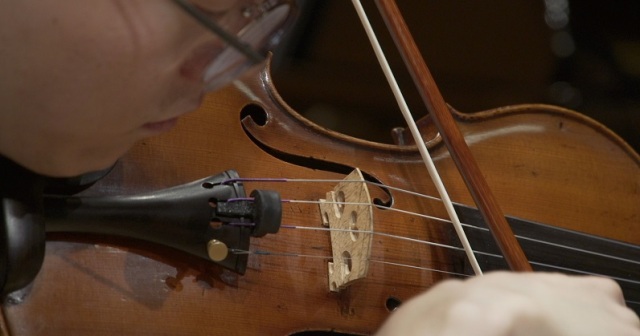 * A Special Thanks to The Silverman Group for film screener and images.*