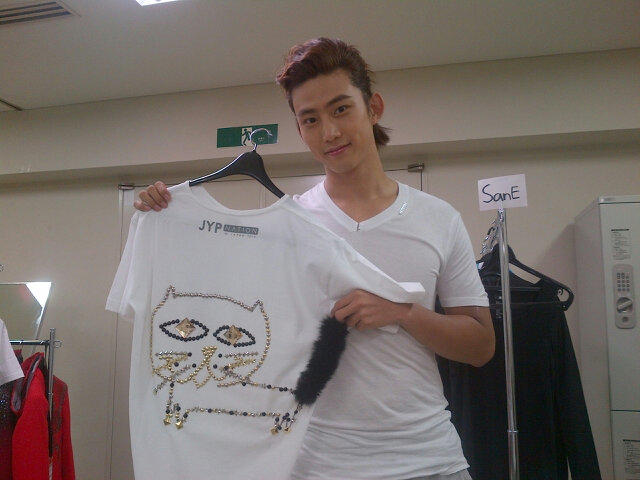 Did you love the 2011 South Korean drama “Dream High”?  The actor Taecyeon Ok is living out his dreams on a daily basis

Real life rapper Taecyeon, who is from the popular band 2PM, is currently traveling all over Asia. They just made a stop in Jakarta, Indonesia on their What Time Is It?”-  2PM Global Tour 2012.

On December 7th, Taec tweeted the image below and stated that he was in rehearsals for the Jakarta concert.

2PM’s concert will be held on December 8th at the Mata Elang International Stadium in Ancol, North Jakarta.

Are their performances worth the money?

Click Here to read my review of the 2010 show 2PM did in Chicago on the Wonder Girls Tour.

All rights to the images belong to Taecyeon Ok.

Hi, my name is Kristy. I'm a longtime freelance editor/writer and self-published author. Thank you for stopping by my blog. :)
View all posts by BTSCelebs →
This entry was posted in 2PM, Music and tagged JYP, Ok Taecyeon. Bookmark the permalink.