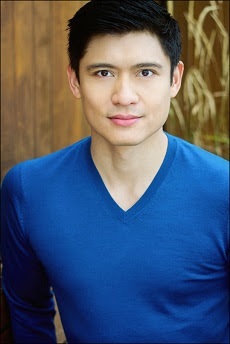 The Prince is coming to Chicago!

Brandy Norwood’s 90s Prince Charming will star as the King of Siam in the elegant Lyric Opera of Chicago production this Spring. Paolo Montalban’s co-star, Kate Baldwin, was recently seen in the Windy City in the Broadway bound play “Big Fish”. Lyric Opera and The Silverman Group made the exciting announcement via an official press release today.

Check out an excerpt from the release below:

“All of us at Lyric are incredibly excited about this season’s production of ‘The King and I’, and that anticipation is greatly heightened with the casting of leads Kate Baldwin and Paolo Montalban,” says Lyric’s general director Anthony Freud.

“As part of Lyric’s American Musical Initiative, each season brings the opportunity to present an important work in this canon in the way that only a company with our technical, artistic, and production strengths can,”

Freud continues, “and the power of our cast and creative team will make Lyric’s ‘The King and I’ an extraordinary experience for audiences.”

“The King and I” premieres on April 29th and runs thru May 22 at the Civic Opera House.

*A Special Thanks to Lyric Opera of Chicago and The Silverman Group for the photos and info.*

This entry was posted in Broadway, Entertainment, News, theatre and tagged Kate Baldwin, King and I, Paolo Montalban. Bookmark the permalink.