[Interview] Singer Charlie Rey: “God Will Always Be In Control”

If you were a fan of season 3 of “The Voice”, then you probably know all about Charlie Rey. He joined Team Blake and demonstrated his music skills into the Battle Rounds. Several years later, the seasoned singer is making a name for himself in Christian music. BTSCelebs recently caught up with him to talk about all things music.

BTSCelebs: Who is Charlie Rey?

Charlie Rey: Just a dude from Long Beach CA who loves singing and writing songs for Jesus! I like long walks on the beach.. just kidding. I’m a husband, father, worship leader, and student at USC! I like to think of myself as a pretty chill and laid back dude.

Tell us about your road to ‘The Voice’. Who inspired you to chase after your dream on the popular music program?

Actually, I was working with a firm in LA that wanted me to go on just to get a jumpstart and some exposure. Never thought I would actually get on the show, but I kept moving forward in auditions!

How has that incredible experience influenced your music?

I think I was so nervous during the blind audition that it took every last nerve out of my body (If you saw my armpits when I raised my hands after I got picked you’ll see the evidence). I really don’t get that nervous before shows anymore after that! It also helped me learn how to network because I lived in a hotel for months with a bunch of performers and music executives so I had to learn how to chat and network with people.

What do you want listeners to take away from your single “Undeniable Love”?

God’s love is undeniable, so relax and breath that in for a minute! Times are crazy, just as they always have been and will continue to be. But God will always be in control and will love you no matter what is happening. The evidence is clear when you just stop and look!

How have you used this current quarantine in a positive way?

I have realized the value of family in a totally new way. I imagine it would be hard to be by yourself during this time. Taking the free time to dive into the Word and get closer to God. Making sure finances are stable and staying out of debt is a good lesson to take away too!

What projects should we expect from you in the near future? 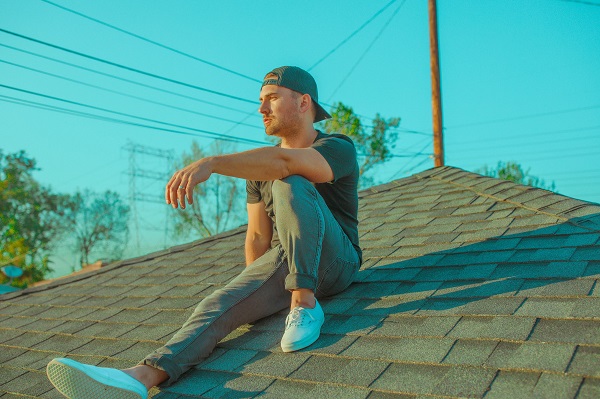 Expect a lot! I have a song that was released on May 5th called “Day After Forever”, along with a music video that my wife and I did in quarantine. Also 3 songs that are all in line to go out after that! I wish I could announce a tour but as we all know that’s not happening anytime soon.

Learn more about this singer by visiting his website , CharlieRey.com

A Special Thanks to Charlie Rey for the interview and images.