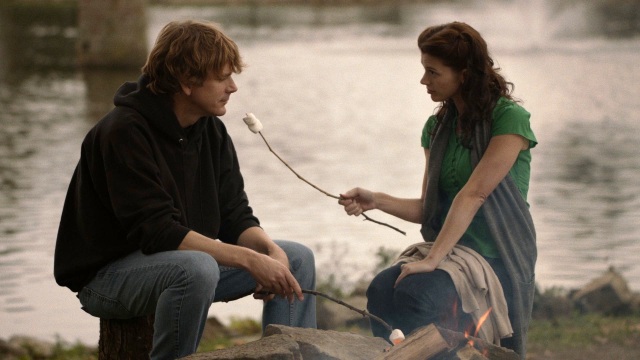 “Old Fashioned” is like a bowl of hearty chili.. its warm, tasty and good for you. The story itself is unexpected as two broken people embark on courting after dating shattered their hopes of a happy life. Clay (actor Rik Swartzwelder) was a former wild child and frat boy, while Amber (actress Elizabeth Roberts) is an experienced modern dater and divorcee. When she arrives in Clay’s town, she is on the rebound from an abusive relationship; Clay, on the other hand,  has abstained from dating for 9 years following a tough break up with a good girl.

The pair slowly develops a meaningful relationship based on morals and respect. However, one evening spent away from each other tests their bond to the breaking point.

This sweet romance is the perfect alternative to Fifty Shades of Grey on Valentine’s Day! The stars aren’t playing virgins, but they prove that anyone can have a fresh start.

Watch the official trailer below:

*BTSCelebs sends a special thanks to Michael Conrad and Nathan Nazario for the screener of “Old Fashioned”.*