Today, BTSCelebs is placing a spotlight on another outstanding local talent in the Chicagoland area. Brian Pughsley is not only passionate about the entertainment industry as a whole, but he is even a minister of the Gospel.

It is time to meet my cousin, Brian Pughsley!

BTSCelebs: Who is Brian Pughsley?

I’m a man of many gifts and talents. First & foremost I’m a man of God. I’m a preacher, rapper, actor, singer and more.

You are a minister of the Gospel. Tell us how you knew God was calling you into the ministry?

How did I know God was calling me into the ministry is an excellent question. I can safely say that the call was always there but recognizing it and acknowledging it was the thing that I resisted at first. The call conflicted with my original career choice to be an actor/filmmaker. To directly answer your question, I knew it was God’s call when many friends that weren’t on the same path as I were being removed from my life.

You have many career oriented interests, name one that you feel can easily coincide with your ministry.

Out of all of my career interests, the one that fits my ministry mindset happens to be in media. One of the gifts I picked up along my journey was working with the people who record services for television and radio. I credit my time at Trinity United Church of Christ in Chicago for the training I received on the television side-even though I only learned how to be an able camera operator. Everything and anything else I had learned was self taught. Sound operating was something I taught myself while serving at Living Water Missionary Baptist Church. I helped to reboot their media ministry.

What are your thoughts about leading your own mega church someday?

My thoughts on potentially leading a mega church, or any size church, is truly something that I would leave in God’s hands. I have had dreams and visions of it yet at this stage of my call (I’ve been in the ministry for 11 years this coming November), I’m content with preaching when the opportunity arise. I’d love to be offered a chance to pastor but I’m humble enough to know that I am not ready yet. If I get the call to lead a congregation tomorrow, I’ll consult with God and with those who have my best interests at heart.

Tell us about your growing wrestling forum. How did it begin? Where do you see it going in the near future?

My wrestling group is named Real Pro Wrestling Forum Inc. Since 2012. It’s currently found on Facebook. I started it 3 years ago last month in an effort to connect with like minded people who have, or have had, some kind of love for pro wrestling. I was at work one day & I connected with a friend who loved wrestling but wasn’t too interested in WWE because it didn’t represent what we grew up loving about it. Outside of me turning my friend on to a better wrestling company, the conversations had me thinking that we should have a place to connect with others. I looked at other groups focused on wrestling and wasn’t impressed with them. I needed to have a group that was set apart from the same old stuff where people would post disdain for the wrestling business but couldn’t see the good in it. I made my page unique by being a place where there was no loyalty to one wrestling company & where I’d post news from other sites and much more.

I see many great things about this page for the future. We, as of this interview, have 102 members. I have a great challenge in keeping the page updated on the regular. Looking ahead, I want to be a distributor for every wrestling company out there. WWE, TNA, ROH & others. Me and a fellow administrator are trying to jump start a Podcast that’ll serve as an extension of the group page. I am also hopeful that we corner the fan base of Wrestling as a one stop for news and conversation.

If you had a chance to direct your own film, what would it be about and who would you cast in the main roles? Which recording artists would you hire to perform your soundtrack?

If I had a chance to direct my own film with a nice budget, it’d be a superhero movie with African-American actors as the leads. Somehow I’d cast myself in there but not as the leading man. I’d love to see Chris Tucker, The Rock, Tyrese, Wesley Snipes, Michael Jai White & Ving Rhames in the featured roles. As for the soundtrack, I’d love to contribute as well (one or two songs). I’d try to recruit old school hip-hop artists like Public Enemy, Dr. Dre, L.L. Cool J, Ice Cube, Busta Rhymes with support from newer artists like Trey Songs, Wiz Khalifa & Flo Rida.

BTSCelebs has reviewed many inspirational films. Many faith-based films are starting to be released in mainstream theaters. Do you want your church to begin producing their own faith-filled movies? 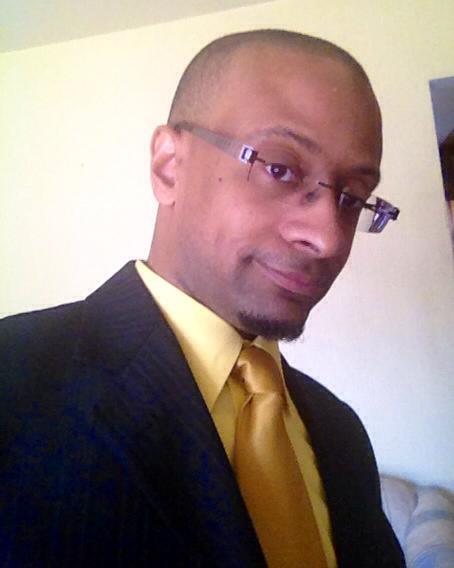 *BTSCelebs sends a special thanks to Brian Pughsley for the interview and images.*

Hi, my name is Kristy. I'm a longtime freelance editor/writer and self-published author. Thank you for stopping by my blog. :)
View all posts by BTSCelebs →
This entry was posted in Christianity, Entertainment, Interviews and tagged Brian Pughlsley, Gospel, Hollywood, ministry, Trinity United Church of Christ. Bookmark the permalink.