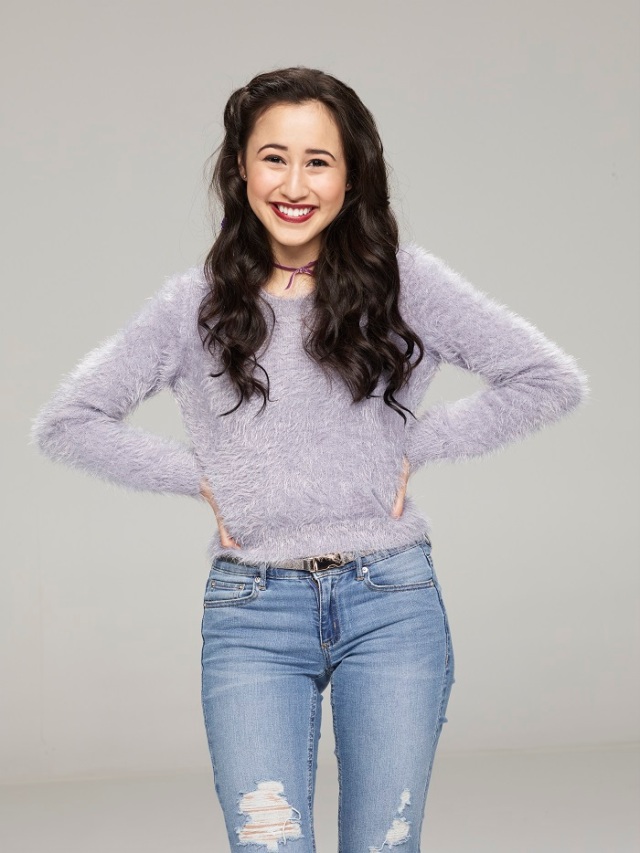 Last weekend, actress Zenia Marshall introduced herself to the UP tv audience as Ricky’s quirky, eldest daughter (Mirabel) in “Date My Dad“. She plays her fun role so well, you wonder what Xenia is like in real life. She is a driven, young lady who is destined for stardom! Between her acting and music, this 18 year-old talent is ready to embrace a bright future.

BTSCelebs: Who is Zenia Marshall?

Zenia Marshall: I always find it difficult to describe who I am and to talk about myself. Haha! According to my IMDB Bio, I was born and raised in Vancouver, Canada. I’m an 18-year-old actress/singer/dancer/musician that was raised by an artistic family of performers. My love for the stage started when I was just 4 years old. After 12 years of dance, the acting bug instantly bit me at 14 years old. Last year, my first acting debut on screen finally happened when I was casted as supporting lead to 80’s pop star Debbie Gibson in the Hallmark movie ‘Summer of Dreams’.

All in all, I’m just a grateful girl who feels super lucky to be pursuing my dream of acting and performing which I would never have been able to do without the help and encouragement of my wonderful, loving and supportive family.

Who inspired you to pursue a career in entertainment?

My mom!! Her name is Luisa Marshall, and she is a world renowned Tina Turner Tribute artist. She was even actually on ‘The Ellen Show’ where Ellen had my mom as Tina join her Squad along with Selena Gomez! Haha!

I grew up in a family of musicians; My dad is a drummer, my sister Kimi is a guitarist, and as I mentioned, my mom is a singer and performer. Some of my earliest memories as a child were watching my mom rock out on stage in a Tina Turner wig with her siblings. I remember the joy that she’d spread and how happy the audience looked. In one night, she’d have the audience laugh, dance, and cry. Whenever she’d perform, she’d inspire not just me, but also people in the audience as well. When I watched her do that, growing up, I knew that performing was what I wanted to do and my mom even gave me the opportunity to be on stage with her and sing backup for her shows.

Tell us about your audition process for “Date My Dad”. 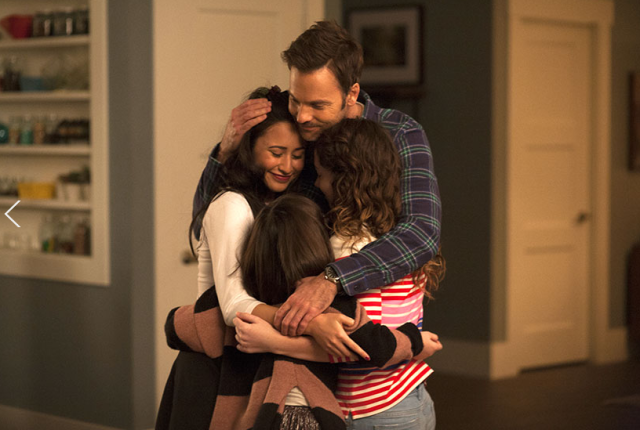 After every audition I’ve ever done, I always leave feeling I could’ve done better. My audition for ‘Date My Dad’ was no exception! During the first audition, I was really sick, and I started to lose my voice as I juggled my live musical stage shows performing as Belle (‘Beauty and the Beast’) and doing several auditions.

The ‘Date My Dad’ auditions themselves were fun, nerve-wracking, heartwarming and motivating! I was so thrilled to get a call back and to do a 3rd audition with Barry and the other possible cast members. When my agent called that I got the part (on my mom’s birthday), I couldn’t believe it! I was so overwhelmed with joy that I cried.

What initially attracted you to the role of Mirabel?

Well, when I first read the audition sides and breakdown, I felt a major spark with the character! I can’t describe it! It doesn’t happen very often, but I find that the times that I’ve had a strong connection to the material, I’ve gotten the part! Mirabel is such a fun character to play – from her fashionista side to her kind heart. I love how Mirabel has a more complex side to her than what first meets the eye. She’s smart in the things that she’s passionate about, and she would walk the whole planet in heels for her sisters (haha!).

I was a big ‘7th Heaven’ fan, so I was excited to hear Barry Watson was starring a new show. What is it like to work alongside a veteran like Barry?

So awesome! He’s such a fun guy to work with! It’s amazing how much work he does as the lead actor of the show and yet he still has the energy to crack some jokes between scenes and make the cast and crew laugh. He started acting when he was only 15 years old so he definitely understood how to make us young actors comfortable, making it easier and enjoyable on the set.

I was also a big ‘Samantha Who’ fan, so I was excited to be working with Barry.

Do you feel there are any acting lessons you are teaching Barry in this new production?

Maybe ‘what not to do’? Haha!! I really hope not. Haha! It would be great if I was able to teach THE Barry Watson something over the 3 ½ months we worked together, but in all honesty, I was the student learning and taking lessons from him. I feel as though from day one, Barry took me and my two on-screen sisters under his wing. He was so supportive and kind to offer guidance whenever we needed it on set. I learned a LOT while filming ‘Date My Dad’, especially because this was my first TV series. I really learned from everyone and I’m so glad that I’ve gotten a chance to work with and learn from such kind and supportive actors so early in my career. It was awesome to work with Barry, Lilah Fitzgerald, Audrey Smallman, the legendary Raquel Welch and the rest of the amazing ‘Date My Dad’ cast!

Are there any celebrities you idolize and would love to star with in a movie/series?

Oh my! That’s such a hard one! There are so many! To name a few, I think working with the hilarious Tina Fey, Amy Poehler, and Jane Krakowski would be so much fun for a comedic project! I’ve been watching ‘Law & Order SVU’ for so many years so to work with Mariska Hargitay would be a dream as well! As I said, there are so many actors I would love to work with in my career, but that’d be a whole book on its own!

Are there any additional projects we should look forward to seeing you in the next year?

Besides a potential ‘Date My Dad’ Season 2 (fingers crossed!) or other new film projects, there is so much that I want to do but I’m hoping to finish the production of some of my original compositions. My heart has been the happiest every time I sit down playing piano, writing, and recording tracks for songs that I’ve been working on with my talented sister Kimi. 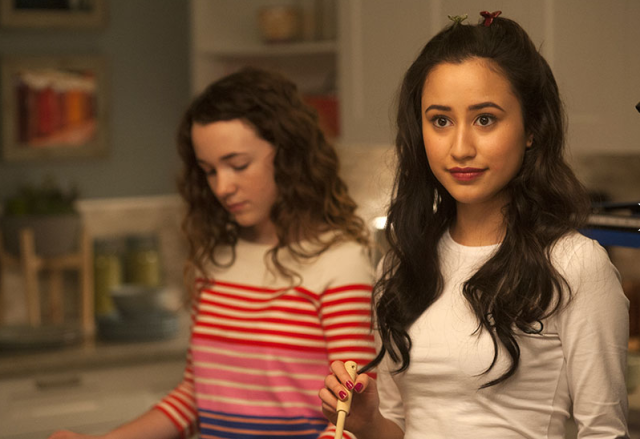 *BTSCelebs sends a special thanks Zenia Marshall and UP’s Kristina Stafford for the interview and images.*

This entry was posted in Entertainment, Interviews, TV and tagged Barry Watson, Date My Dad, UP tv, Zenia Marshall. Bookmark the permalink.

2 Responses to [Interview] Actress Zenia Marshall: I Felt A Major Spark With [Date My Dad’s Mirabel]