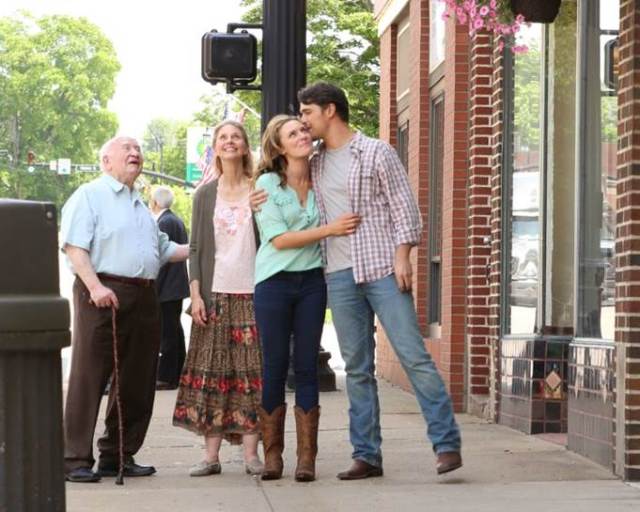 The Bible’s Diogo Morgado joins Ed Asner and other top stars in the upcoming romantic drama “Love Finds You In Valentine”. The third movie, which is based on Irene Brand’s book, is currently filming  in Millersburg, Ohio, according to UP  tv’s recent press release.

What is the sweet film that is scheduled for a 2016 release all about? Here is the synopsis:

“In Love Finds You In Valentine, after her parents die, law student Kennedy Blaine (Michaela Mcmanus) inherits a ranch in the small town of Valentine, Nebraska. She travels to Valentine with the intent of selling the ranch, but is drawn to the area’s beauty – and to ranch foreman, Derek Sterling (Diogo Morgado). Putting her life in L.A. on hold, she decides to spend some time at her ancestral home and, despite a long-standing feud, to reconnect with family members, including a grandfather, Gabriel Morgan (Ed Asner), who she has never met. But soon Kennedy is subjected to harassment by someone who clearly wants her to leave Valentine. Depending on Derek and his mother June’s (Lindsay Wagner) assistance, she sets out to discover who is behind the offenses. But when her search reveals painful details about her family and raises questions about Derek’s own past, will Kennedy still want to know the truth?”

The first “love” film titled “Love Finds You In Sugarcreek” was the most popular movie on UP tv in 2014. The sequel “Love Finds You in Charm” airs this Sunday at 7PM EST.

After playing Jesus Christ, it will be a little strange to see Diogo Morgado play a regular role. It doesn’t change the fact that I’m still very curious about this film, and it will be great to see Ed Asner again.