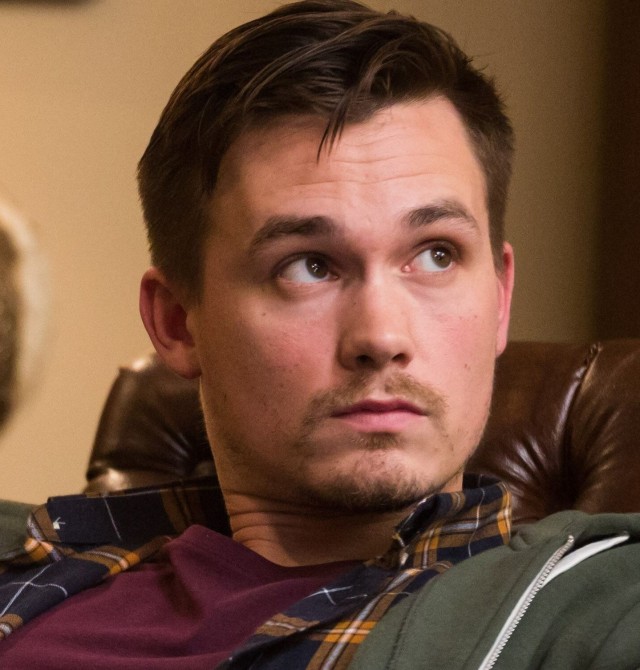 BTSCelebs: Who is Tom Stevens?

Why did you choose to be apart of “The Game Of Love”?

It was the writer. His movies raised me up. Something I watched when I was a kid, the Beethoven movies were a big part of my childhood. I remember when I saw his name attached to it. I was just really excited. I didn’t really know what he had been up to recently. When I saw the script and the dialogue, I thought it was fun and sharp.

In the movie, your family business is owning a basketball team. Do you play basketball in real life?

No. I suck at basketball. My dad did, but my dad was more of a sports player. I was an artist. As an artist, I decided to play guitar and become an actor. I ended up making a movie about playing sports. I think Barton (his character in the movie) wasn’t much of a basketball player either. He didn’t like basketball that much. It was just part of the business.

Were you a fan of Heather Locklear or Lochlyn Munro before playing their son on-screen?

Absolutely. It’s Heather Locklear! She was a babe in the 90s. She has over 10,000 hours of TV experience. When you get a job like this, pair up with them for your parents, it’s exciting, funny and kind of weird. Also, Lochlyn in ‘Dead Man on Campus’. I used to watch that movie pretty religiously. And he is hilarious. He is pretty well-known, and you immediately want a good rapport with him. I had a good time working with him.

Tell us about one unforgettable moment behind the scenes of the film.

We were flying in and Dianne Doan (Miss Tzu in the film) was on this flight with me. We got on the plane a little late, and it gave me the pilot seat. I had the headphones and everything. So, I was talking to the pilot and sitting up in front with them. We were flying on these little puddle jumpers. They seat like 10 people.

During my chat with the pilot, I say “do you see any whales out here?’ We were flying over the water on the island where we shot. He said, ‘No, not really. Not this time of year, but we do see dolphins. Those might me them.’ He pointed out across the dash and off to the side there were kind of like white speckles in the water. Then the pilot just dropped the plane and banked it. We dropped like 500 feet in altitude and flew over to it. Flew right above the dolphins and he cranked it to the side. Fanned the plane sideways so we were looking at it from the window. I just remember looking back at Dianne and being so excited. Everyone was like holding on to their seats, because there were barely any seat belts in the plane. We saw dolphins, and we landed. The pilot says ‘have a good day’ I was so stoked that the guy actually did that. That was such a random thing for the pilot to do.

NetFlix is bringing back so many classic these days. If you were given the opportunity, which NetFlix revival series would you love to be apart of?

What projects can fans look forward to seeing you in this year and 2017?

‘Wayward Pines’. It’s a series by M. Night Shyamalan from ‘The Sixth Sense’, ‘Unbreakable’,and all that.  It’s about a town set in the future. It’s kind of run by our version of the Nazi Youth. This younger generation has to maintain order to make sure the older generation doesn’t try and bring back old ways. My guy (Jason Higgins) leads the town in the second season. I have been shooting that for the last couple of months, and I’m getting ready to film it for the next couple of months. It starts airing May 25th on FOX.

Watch Mr. Tom Stevens portray Barton on UP tv’s The Game of Love May 15th at 7PM EST

*A Special Thanks to Tom Stevens and UPtv PR for the interview and photo.*

Hi, my name is Kristy. I'm a longtime freelance editor/writer and self-published author. Thank you for stopping by my blog. :)
View all posts by BTSCelebs →
This entry was posted in Entertainment, Interviews, Movies, TV and tagged game of love, tom stevens, UP tv, Wayward Pines. Bookmark the permalink.