Posted on September 4, 2022 by BTSCelebs

Jennifer L. Wright: I am a desert rat.

Although born and raised in Indiana, I have lived in the southwest for the past eleven years. From Nevada to Arizona to New Mexico, I’ve had a house in several different states but the scenery has remained the same: dry, brown, desolate.

And I love it.

I freeze when the temperature drops below sixty. I can’t breathe in humidity above 30 percent. And if the skies are cloudy for more than three days in a row, I start to feel depressed. The desert has seeped into my bones and captured my soul. Where others see only a wasteland, I see home.

I also see God at work.

The Bible discusses the desert in both literal and figurative ways throughout its pages. It was where the Israelites were forced to wander for forty years after their disobedience—a harsh, unwelcoming landscape instead of the lush, fertile Promised Land to which God was leading them. It was also where Jesus was tempted by the devil; at a place that taxed Jesus to His physical limits, Satan saw an opportune time for testing.

Spiritually, to be in the desert is to be in a place far from God, either as a result of judgment or willful disobedience. If you’ve ever stood on the parched, rocky, sunbaked ground, it’s not hard to understand where this metaphor comes from. Oftentimes, you can look around and see nothing but barren earth for miles around. It’s easy to imagine that not even God could be in a place like this.

My newest novel, Come Down Somewhere, focuses on such a strip of desert. In late 1944, the United States government chose the Jornada del Muerto region of southern New Mexico—literally translated as “the route of the dead man” in Spanish—as the perfect location to test their newest top secret weapon for precisely the reasons I mentioned above: it was desolate, isolated, uninhabited.

The only problem was that the area wasn’t as uninhabited as it first seemed. Not only were ranches and villages spread out across the countryside, there was also a plethora of plants, animals, and underground water sources. Although most nearby ranches had been overtaken by the government, still others remained occupied at the time of the test. Towns and villages as far away as Las Vegas, New Mexico—more than 100 miles to the north—registered radioactive contamination. And everything—plants, animals, insects, even the dirt itself—within a 2,000-foot radius from ground zero was completely vaporized.

The wasteland to end all wastelands.

During my time researching and writing Come Down Somewhere, I was fortunate to have the opportunity to visit ground zero. As I approached the area, my heart was filled with trepidation. I wasn’t so much worried about the lingering fallout as I was what I would see: my beloved desert reduced to a charred crater, the beautiful creosote and mesquite that normally covered the rocky terrain to be conspicuously absent. I was expecting an eerie, uncomfortable stillness with no signs of life or vitality to be seen.

Instead, what I saw was just a normal, everyday strip of desert.

Scrub brush and yucca dotted the ground. Strands of black grama grass waved in the ever-present wind. Prickly pear and cholla cacti leaned toward the sun. There were even sporadic patches of small yellow wildflowers. Aside from a black obelisk and various military buildings, there was nothing to set this patch of desert apart from any of the surrounding landscape.

Less than eighty years ago, man had obliterated this area. But God . . . God had found a way to restore it.

And to me, that is the beauty of both the desert and our God. In Come Down Somewhere, main characters Olive and Jo have their lives seemingly torn apart by the actions of others. Hopes and dreams are shattered. Friendships and families are destroyed. And just when it seems as if all has been lost and there is no possible chance at restoration . . . there is God.

Perhaps that’s why I love the desert so much. In this place where it seems as if nothing can grow—where nothing should grow—the very presence of life is, to me, evidence of God’s goodness. If He can sustain creation in a place such as this, He can sustain you and I, too, no matter where we are physically, emotionally, or spiritually. Not only that, He can take a place that has been completely obliterated and make it flourish again.

At its heart, this is what Come Down Somewhere is all about.

And at His heart, I believe that’s what God is all about, too. Making old things new. Making broken things whole. And making a way in the desert of our lives. 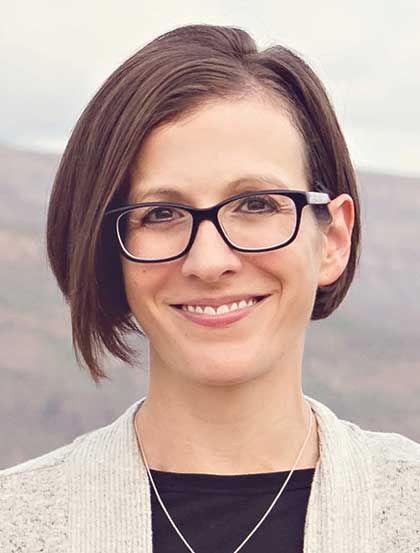 A Special Thanks to Tyndale House and Jennifer L. Wright for the images and article.

This entry was posted in Books, Entertainment and tagged Come Down Somewhere, Jennifer L. Wright. Bookmark the permalink.