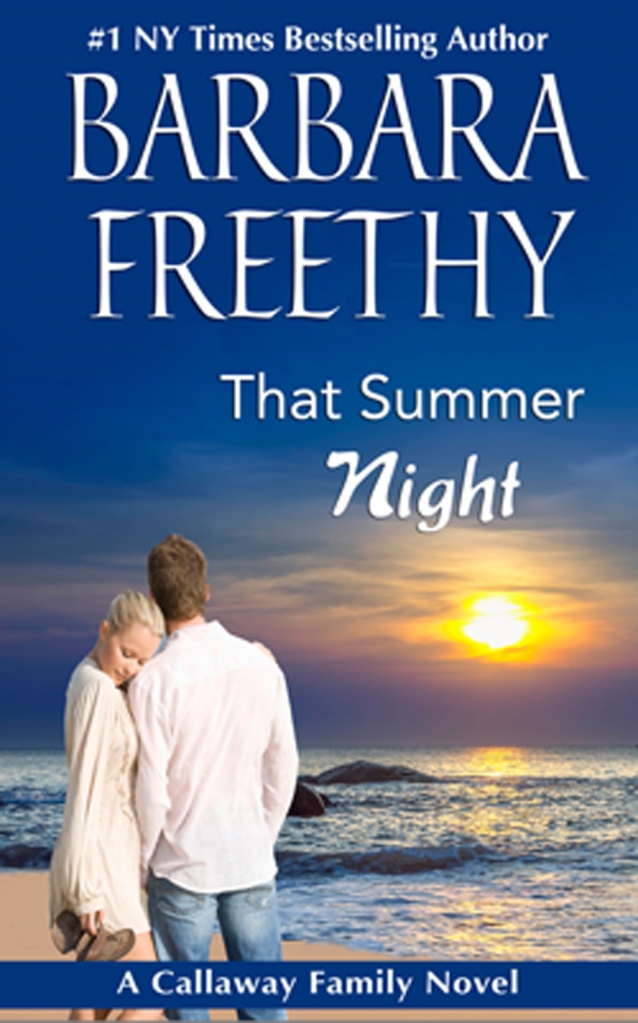 After selling over 4.5 Million ebooks worldwide and appearing regularly on the bestselling lists for Apple iBooks, Google Play and Kobo, Barbara is sharing the simple secret to her success.

While she continues to write her bestselling family series: “The Callaways”, check out part two of our interview.

BTSCelebs: Which book launched your writing career into star status?

Barbara Freethy: I knew amazing things were happening when my self-published ebook SUMMER SECRETS hit #1 on the New York Times Bestseller List, and it ended up staying on the list for another four weeks. I had been publishing my books with traditional publishers before turning to self publishing, and  while I had had some success, I had never hit the NYT list as a traditionally published author. To be able to put my first self-published book in the #1 spot was a huge feat. And to have done it all by myself was pretty amazing. Since that book hit the list, I’ve had 18 self-published titles appear on the NYT list.

But it’s not just about bestseller lists for me. It’s about reaching new readers, and since I began self publishing in 2011, I’ve sold over 4.5 million ebooks. That’s a lot of readers! As I continue to publish, I hope to continue to grow that readership.

How did you promote your very first book? Did you do extensive traveling?

I’ve never done extensive book tours. Quite frankly, they take a lot of time away from writing, and they aren’t always that successful. I spend most of my promotional efforts online, utilizing social media to connect with readers. I also continue to build a newsletter that’s a direct link to the reader. But the most important promotion a writer can do is to write the next book. The more books you write, the less promotion you have to do, because the books will keep your name out there and will grow your fan base. Slower writers have to do more promotion because they have to find a way to keep their name and books discoverable in between releases. Either way, as a writer, you’re going to do a lot of work!

What advice would you give to a brand new author who just self published their first ebook?

Be patient! It takes a while to build a writing career. Like most other things in life, you have to pay your dues and put your time in. Some first books take off like rockets, but those are few and far between. Most writers won’t see an audience beginning to build until they’ve put out two to three books. You might think that’s a lot of writing, and it is, but professional writers are in it for the long term. You have to think beyond writing one book and look at writing as a career.

A lot of new self-publishing writers have discovered some benefit to writing two books before even putting up the first book, so that they have the second book ready to go (or almost ready) within one to two months of the first release. When you have a year or more between book releases, you lose momentum, especially when you’re a new writer.

I would also encourage authors to publish directly to the retail platforms whenever possible. Amazon, Apple, Barnes and Noble, Google and Kobo all have platforms built for Indie authors. You’ll save giving a middleman a cut of your money and you’ll be working directly with the retailer. If a writer chooses to use a third party service, I urge them to research who they are working with. There are a lot of companies taking advantage of writers who don’t know better. Know exactly what you’re getting for your money and beware of groups asking for a lot of cash up front and/or taking a large percentage of your money for a lengthy term or forever.

There are lots of self-published author loops and forums on the Internet. Join in and learn the business. You’ll find an amazing group of writers willing to share everything they’ve learned. Self-publishing allows anyone to bring a story to the market, but there’s a difference between being a writer who just has one book in them to being a writer who wants a long career. There’s a place for all kinds of writers, but you have to set your expectations accordingly.

And lastly, a writer’s most important focus has to be the book. Readers are picky and judgmental and if you put up a book that’s not professionally written and lacking in craft, the reviews will be painful. It’s always best to take the time up front to come up with a great book and then deliver it to the audience. Which brings me back to my first point, be patient. The Internet isn’t going anywhere and self publishing is going to be around for a very long time, because it’s already proven itself to be an extremely lucrative and viable path for writers of all levels writing all kinds of books.

Hi, my name is Kristy. I'm a longtime freelance editor/writer and self-published author. Thank you for stopping by my blog. :)
View all posts by BTSCelebs →
This entry was posted in Books, Interviews, News and tagged Barbara Freethy, romance. Bookmark the permalink.