[Interview] Courtney Walsh: “I Try To Wrap Up The Message Of Grace Into Each Story” 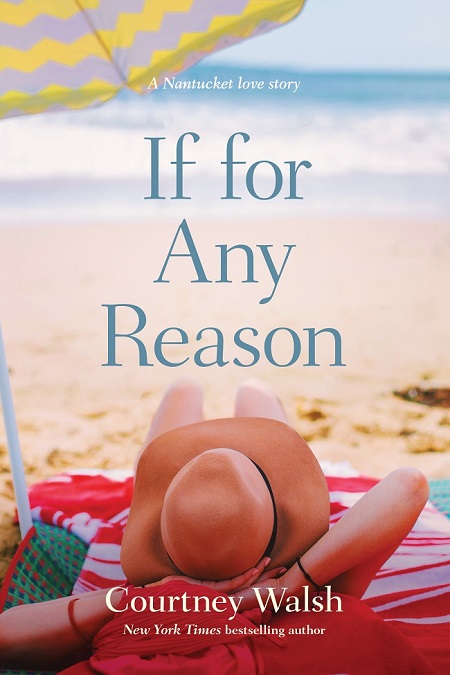 A couple years ago, BTSCelebs reviewed Courtney Walsh’s “Just Let Go”, and I was inspired by the book’s powerful message. Today, let’s meet the New York Times bestselling author who created the book while learning more about her new novel “If for Any Reason”.

BTSCelebs: Who is Courtney Walsh?

Courtney Walsh: I’m a wife, a mom of three (and a Bernedoodle), a business owner, theatre director, and author of contemporary romance and women’s fiction. I love story. There’s so much power in story. I also love coffee (a lot of coffee!), working out, and movies.

What inspired the story behind If for Any Reason?

Before I wrote novels, I worked in the scrapbooking industry. I did it because it was a fun and creative way to tell our stories and to preserve our family’s memories, but also to leave a legacy behind. Think about finding an old letter in your grandmother’s handwriting—there’s just something instantly nostalgic about that. One year, a fellow scrapbooker created a small album and titled it “If for Any Reason.” It was a book of letters for her daughters, just in case there was ever a reason she wasn’t there to tell them all the things she wanted to—she wasn’t taking any chances. That idea has always stuck with me, and it got me thinking . . . what if this was all someone had left of their beloved mother?

You reside in Illinois, but you chose the East Coast’s Nantucket setting. What does Nantucket mean to you?

I’ve been fortunate to visit Nantucket twice, and both times I was completely smitten with it. It’s such a charming, unique place to visit, and the whole idea of being surrounded by water amazes me (especially as someone from the landlocked Midwest). To me, Nantucket is the perfect place to set a romance. Everything about it feels like falling in love.

What similarities and differences do you share with your book’s character Emily Ackerman?

Emily is actually quite different from me. She’s kind of a vagabond, with lots of restless ways. I’m a homebody who would be content to stay right where I am 95 percent of the time. Emily is very boho-chic, inherently fashionable. I prefer my workout clothes. Where we are similar, I think, is that family is important to both of us, and we both tend to be slightly unsure of ourselves. Plus, Emily works in the theatre, and I have a degree in theatre and now own and run a youth theatre with my husband. Emily discovers she loves directing kids too.

What does If for Any Reason tell us about redemption and trusting God?

I think this book deals a lot with forgiveness, as most of my books do. It’s an area that isn’t always easy, but we all need to ask for it and offer it over and over again. I like exploring that, especially exploring the idea that none of us are ever beyond forgiveness and redemption, and that’s something Emily has to learn as the secrets surrounding her mother’s death are revealed.

How did you use your own mother’s wise words to craft letters by Emily’s mom?

Actually, I used my words to my own daughter to craft those letters. My daughter was diagnosed with thyroid cancer when I was writing this book, so a lot of the mother/daughter aspects of this novel are precious to me. Often I would ask myself, “What would I say to Sophia? What would I most want her to know?” And that was a great jumping-off point.

Which character in the book was the most difficult to describe and relate to?

Emily’s grandmother. I mean, as the author, you do have to find a way to relate to every character, but she is the only one who’s the most difficult to relate to. She is the one whose motivations are the most selfish, so it’s hard to sympathize with her.

Has your family read the book? What was their initial response to the story and characters?

Not yet. My mom has—she’s always one of my first readers—and she always tells me she loves my books (even when I ask for honest feedback!). But my immediate family hasn’t read it yet.

How will this book touch nonbelievers?

I always hope that all of my readers will be moved by my novels. The faith journey in my books is always intentionally subtle. I try to wrap up the message of grace into each story because that’s one of the main themes I like to explore. I hope it’s effective. I hope people feel God’s love and are challenged as they’re entertained.

“If for Any Reason” is scheduled to be released February 3rd, 2020.

Hi, my name is Kristy. I'm a longtime freelance editor/writer and self-published author. Follow me on Twitter @ShellyM86
View all posts by BTSCelebs →
This entry was posted in Books, Entertainment, Reviews and tagged authors, Courtney Walsh, If for Any Reason, Inspiration, Writers. Bookmark the permalink.