50 Best Reviews And Interviews That Will Blow Your Mind

To celebrate 10 years of BTSCelebs, let’s place a spotlight on some of the best features over the past decade. Enjoy the fun and emotional reviews and interviews you can only find right here.

50 Long before his historic role in USA Network’s Eyewitness, talented actor Tyler Young starred in the youth series The Avatars. He talked about the show and his life in an exclusive interview.  – Tyler Young

49 The Jingle Jangle actor was a bright star in the Chicago theatre world. Learn more about his life before the hit Netflix film through our exclusive interview. – Justin Cornwell

48 Beloved singer Moriah Peters Smallbone made her acting debut in this family film that tackled real world issues. – Because of Gracia 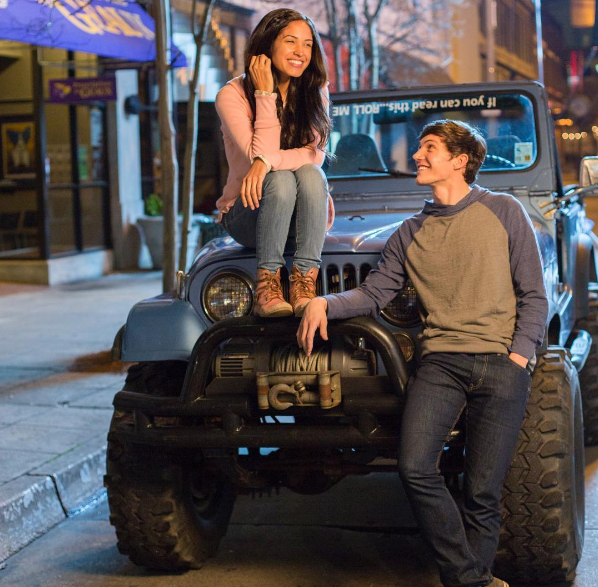 46  – Young talent Rhys rose to fame with his roles in Hallmark’s The Good Witch and Heartland. He spoke to BTSCelebs about his role in the 2015 crime series Ties That Bind. – Rhys Matthew Bond

45  Her music is positive and fun-loving. Caitie’s interview was the inspiration needed during a tough year.  – Caitie Hurst

44 Sade is being a light on the West Coast, and she shared her amazing mission with BTSCelebs in an exclusive interview. – Sade Champagne 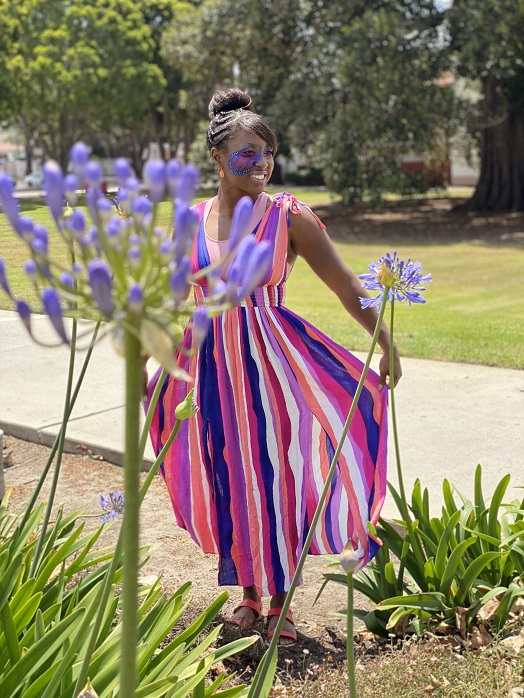 43 The uplifting family series Date My Dad is dearly missed. When it premiered, this site reviewed the first two episodes.  – Date My Dad

42 When The Joffrey Ballet hired Greg Cameron as Executive Director, BTSCelebs was here for it! He graciously gave the site an exclusive interview.  – Greg Cameron

41  I’m a longtime fan of Mandisa’s upbeat and inspirational music and reviewing two of her albums was heaven on earth.  –  Overcomer

40  The amount of work that goes into creating a bow by hand is astounding. This film made me realize the bow is just as important as the musical instrument.   – The Bowmakers

39 Last year, legends John Lennox and Kevin Sorbo released the controversial film Against The Tide, and it was a hot conversational piece. – Against The Tide: Finding God in an Age of Science 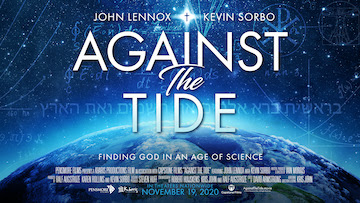 38 It was fun to interview David Dunn, who is a talented singer with inspired lyrics. – David Dunn

37 Several artists have spoken to BTSCelebs, and gifted artist Minjae Lee was one of the earliest ones. – Minjae Lee

36  In the second year of BTSCelebs, music producer Steven Lee stopped by to discuss his important role in the industry. – Steven Lee

35 SF9 is definitely one of my favorite boy bands and getting the opportunity to interview the songwriting team for their debut song was a dream come true. –  Albin Nordqvist & Louise Frick-Sveen

34  One of my early reviews was a jaw-dropping film about the controversial topic of abortion. – Doonby

33 Hollyn’s songs were catchy and her beats were addictive. Overall, this was one unforgettable album.  – One Way Conversations 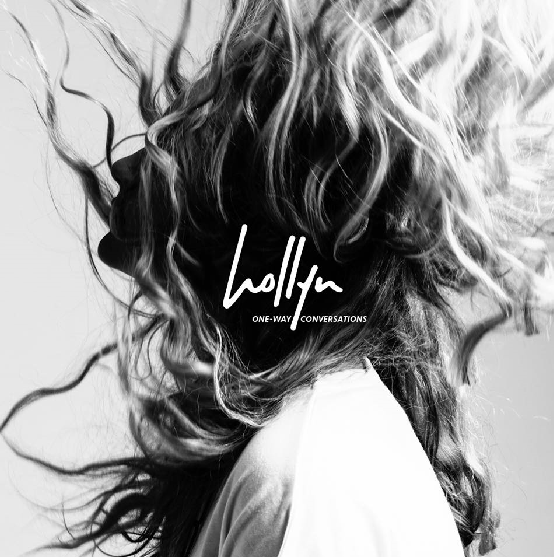 32 Nature and religion are in perfect contrast in this Gordon Wilson documentary. – The Riot and the Dance

31 After reviewing two of her refreshing and realistic books, it was time to interview one of my new favorite authors. – Kathryn Cushman 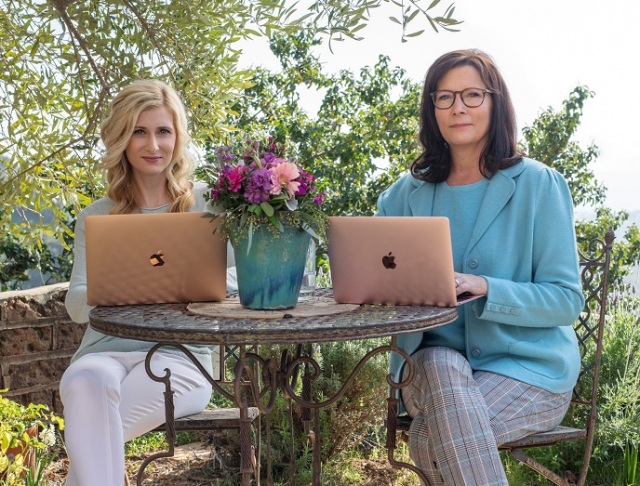 30 The CEO of 6Theory Media spoke exclusively with BTSCelebs about a new girl group he created at the time. If you are a big fan of AllKpop and Tokyohive, you’ll love this interview.  – Johnny Noh 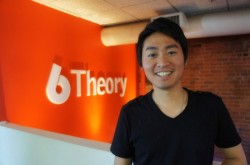 29 Pride and Prejudice is a beloved classic and reviewing this refreshing remake was so much fun. –  Pudge and and Prejudice 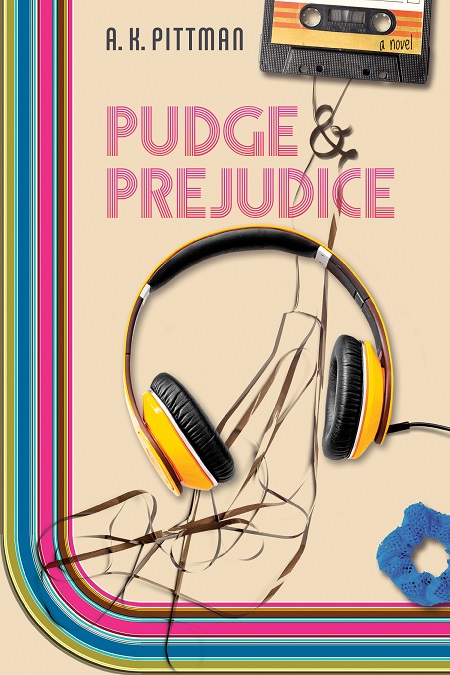 28 Famous artist Steven Curtis Chapman released Deep Roots in 2013, and it was reviewed on this site the very same year. – Deep Roots

27 BTSCelebs interviewed People Magazine’s Alicia Dennis when she was still a Senior Writer. Now, you can learn more about the famous Editor in 2014. – Alicia Dennis 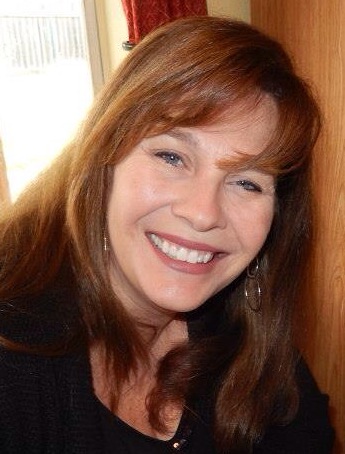 26 Legendary singer Amy Grant released a worship album in 2013. BTSCelebs reviewed it prior to the release date! – How Mercy Looks From Here 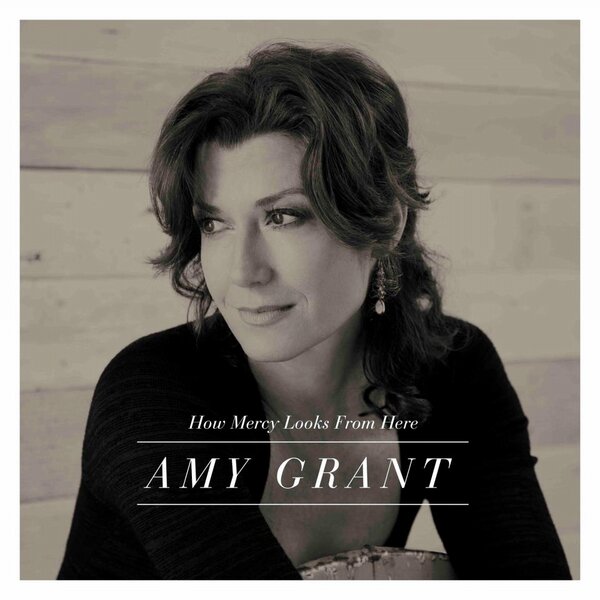 25 Dancing icon Alexei Kremnev became a beloved teacher in the Joffrey Ballet, and he branched out and established A&A Ballet in the Chicago just a few years ago. BTSCelebs interviewed him during the company’s inception. – Alexei Kremnev

24 TobyMac’s 2012 album release was very special, because it was the very first album my site ever reviewed. – Eye On It

23  Kathie Lee Gifford and Craig Ferguson played in a spicy indie film that Ms. Gifford created, and you can enjoy the complete film review right here.  – Then Came You

22 The Nashville and Pretty Little Liars actor did an exclusive interview with BTSCelebs to promote his holiday film Naughty & Nice. – Tilky Jones 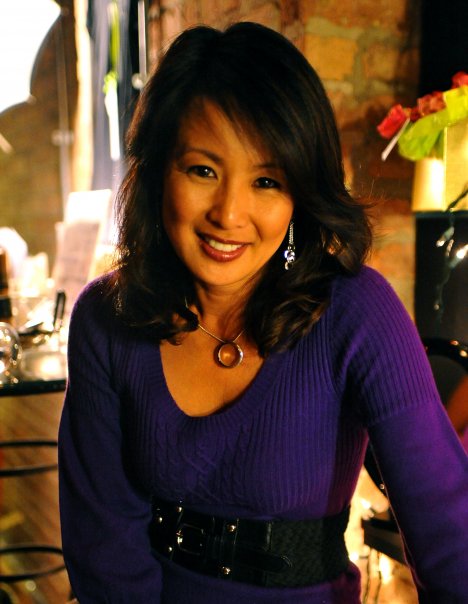 19 He is a veteran ballet dancer, model and made the Guinness World Record for Tallest Ballet Dancer in the World. Fabrice Calmels is an international legend. – Fabrice Calmels

18  Because of Gracia was a sweet film with a poignant message, and interviewing the leading actor helped bring the project to life.  – Chris Massoglia 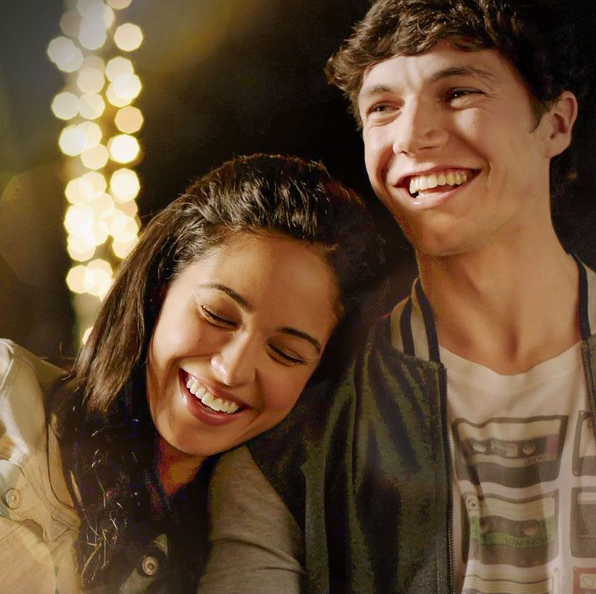 17 I loved the Date My Dad series, and I was heartbroken when it was cancelled. Thankfully, the stars from the show have a bright future, and BTSCelebs interviewed one of talented cast members. – Zenia Marshall

16  Tough subjects like addiction and fidelity were beautifully illustrated by the actors in this romantic drama film. You can read the complete review right here. – The Song 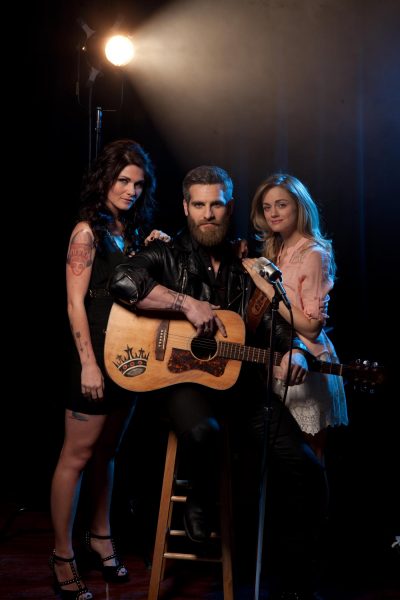 15  I am a big fan of Divergent and the sequel! When BTSCelebs was invited to review the third movie, I was excited to do so. – The Divergent Series: Allegiant 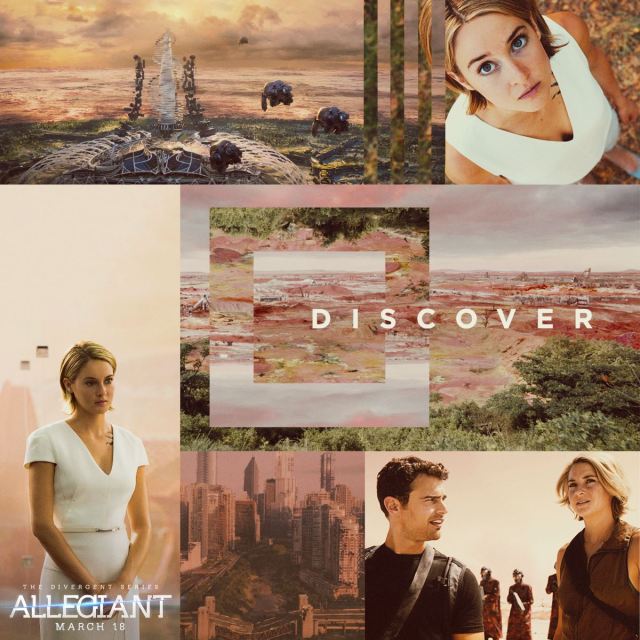 14 He rose to fame by portraying Jesus Christ in The Bible series, however, BTSCelebs was introduced to the star over a phone interview for his family film Love Finds You In Valentine. – Diogo Morgado

13  Months before Overcomer hit theaters, BTSCelebs was given the opportunity to review the book all about the film. It was amazing to read all the details about scenes that would become iconic. – Overcomer

12 The Song, War Room and Overcomer were powerful faith films, and it was an honor to interview the man who authored the books about the films. – Chris Fabry 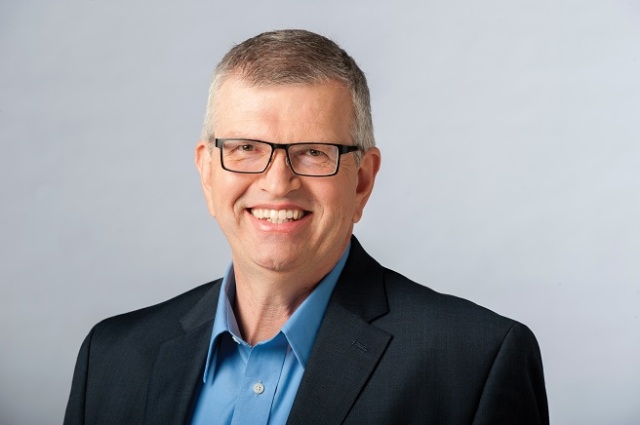 11 For years, I always said the Freaky Friday of my generation (Jamie Lee Curtis and Lindsay Lohan) was the best one. However, the 2018 version of FF was so much fun, and it quickly became one of my favorite movies in general.  – Freaky Friday 10 Sarah Jakes’ life story was a must read for anyone interested in forgiving yourself and a road to redemption. – Lost and Found: Finding HOPE in the Detours of Life 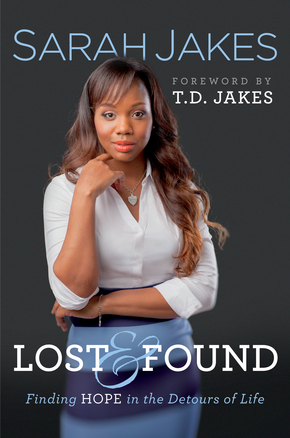 9 This has to be the most eye-opening movies BTSCelebs ever reviewed! – The Perfect Wave 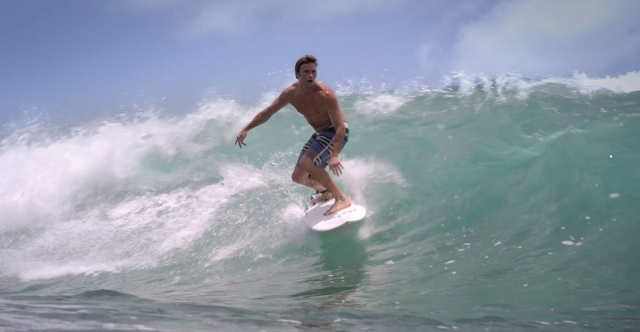 8 The Perfect Wave was an incredible film and interviewing one of the leading stars was a gift. – Rachel Hendrix

7 Coby is a rising star that mirrors the vocal quality of modern pop icons. – Coby James 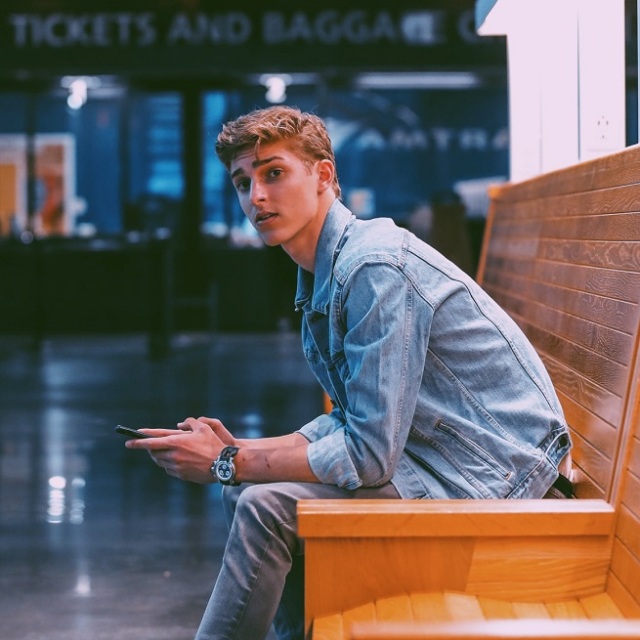 6 Her interview illustrated the simplicity of not stressing about life and true talent shining through. – Riley Clemmons

5  Despite political party preference, it was refreshing to see an iconic like Stacey Dash be open about her struggles in life and personal healing. –  There Goes My Social Life

4 Through my early days with POPSEOUL, I learned about rising star Megan Lee in 2011, and it was fun to virtually interview her for one of her most famous television roles. – Megan Lee 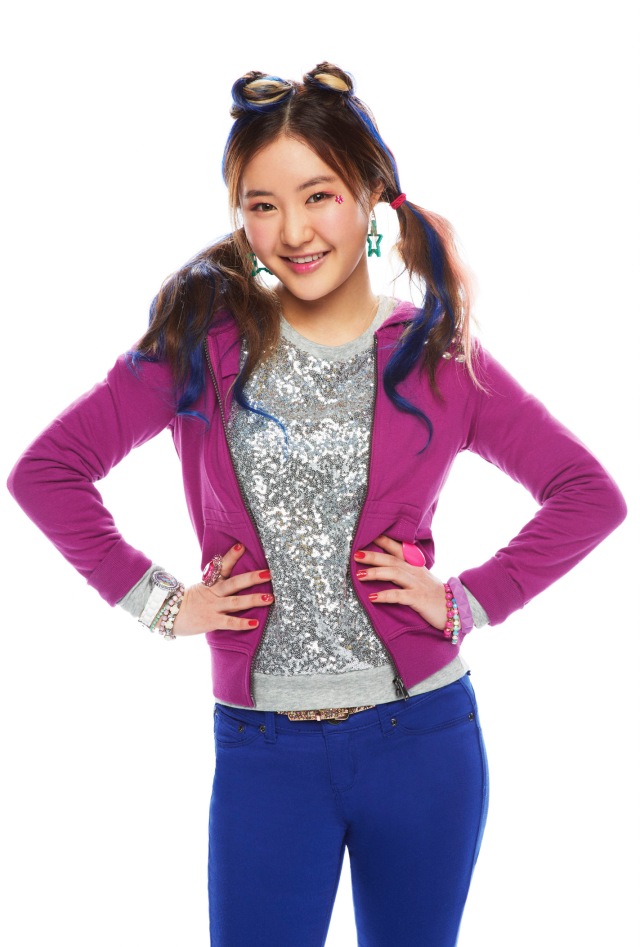 3 This laidback story itself is wonderfully wholesome. – Fading Starlight

2 Before SHINee had their first American fanmeetings, BTSCelebs asked one of their fan clubs about the possibility of them coming to Chicago.  – SFI

1 The original “Bionic Woman” opened up about her role in Love Finds You In Valentine. – Lindsay Wagner

A special Thank You to everyone who has been apart of BTSCelebs!