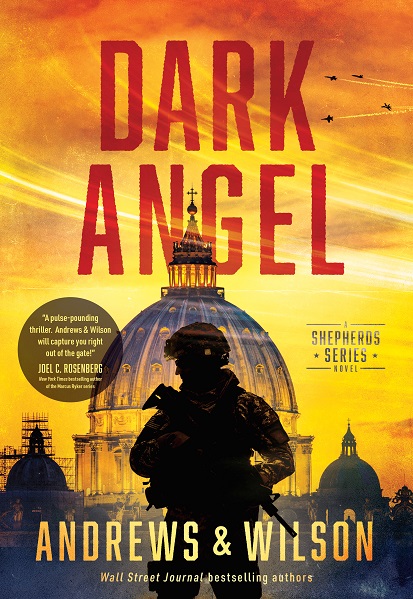 Bestselling authors Brian Andrews and Jeffrey Wilson bring their fans the next installment of the Shepherds Series in April 2022. In the new book titled “Dark Angel”, the main character, Jedidiah Johnson, is a trained Navy Seal that takes on the challenge as a rookie leader of a new team in Nashville (Shephards). His jarring visions of a future international attack serves as a precursor to ex-con Nicholas Woland’s evil mission.

BTSCelebs‘ complete review of “Dark Angel” will be published in early 2022. Stay tuned for the article and another special surprise from the authors.

A Special Thanks to Tyndale House Publishers for the advance reader copy of the book and cover image.